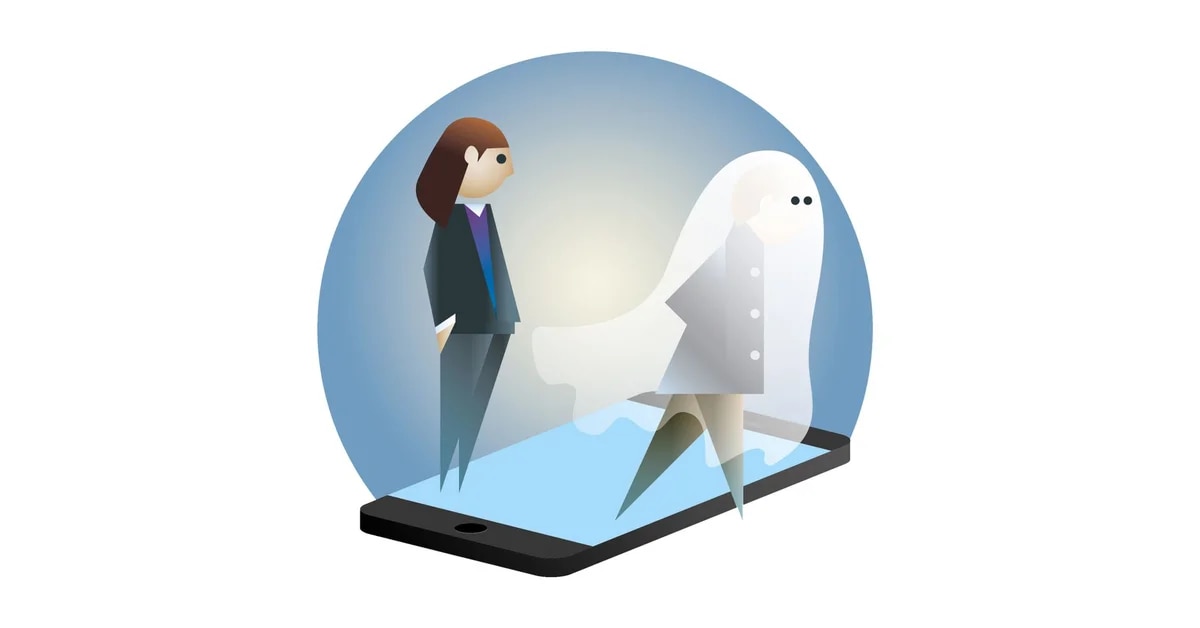 The ghostingA phenomenon that was given a boost through dating apps, it leaves the sufferer feeling helpless and helpless. “What begins quickly by sliding your finger on a screen, ends just as quickly. It has never been so easy to get in touch with other people. And never before have so many people been abandoned without comment,” says Eric Hegmann, couples therapist, from the city of Hamburg, Germany.

In his opinion, the Internet offers a great opportunity to get in touch with people that you would not otherwise know. At the same time, however, a contact can quickly disappear again and never be found again, like a ghost. Is the network to blame? “No, it is never a medium that ‘ghosts’, it is the people who do it”, Hegmann emphasizes.

Also Sharon Brehm, a couples therapist from Munich, considers that the anonymity offered by the Internet is not the cause of the phenomenon of ghosting: “That in fact already existed before the age of dating apps. You just have to think about the image of someone who said they were going to buy cigarettes and never came back,” he says.

But why would someone leave someone else without a single word of explanation? Sharon Brehm presumes that they seek to avoid conflict: “They are based on the idea: my truth would hurt you and I protect you with my silence.”

Another reason, according to Brehm, is that the other person simply forgot to respond or communicate. In those cases the ghosting it is less strategic, but just as painful, because it means that the other has no interest.

Carsten Müller, a couples and sex therapist from Duisburg, recommends that a person who has been “ghosted” in no way looks to blame himself. “If you internalize that, you advance an important step.”

But until one reaches that conclusion it can take time. Because the problem of ghosting is that people learn from experience. “When we were hurt but we don’t know why, our protection programs go a little crazy,” says Hegmann. “Then they protect us perhaps unjustifiably from new encounters,” he adds.

People who are already fearful of loss may decide to try much harder in the future to deserve or earn someone’s love. And people with fear of ties feel confirmed that they cannot trust anyone.

But just new dates, perhaps even a new relationship, can be very important for the healing of the person who was left without a word of explanation. “Because it is not time that heals all wounds. It is the new experiences,” says Sharon Brehm. But he also warns that even in new appointments it is not possible to protect oneself from ghosting.

Brehm adds another point: “If I was ‘ghosted’ several times, it is worth reflecting on my own behavior: do I fall in love too quickly? Do I pay little attention to whether that person and I want the same thing? Am I perhaps ignoring other limitations of the relationship?”.

Hegmann hears in his practice often that those affected say that those seeking a partner should be especially careful when they hear already at the beginning that the other does not really want to start a relationship. That phrase is, on the one hand, an announcement of what may come, but, on the other, an apology in advance to which the other refers when they finally interrupt contact, he explains. His argument will be: I told you I didn’t want a relationship.

“Logically you can be attentive to these contradictory signals, but at the same time then you act with mistrust and fear. And that causes the encounters to become a kind of job interview,” he says. And these, in general, do not generate an emotional contact to fall in love. In other words, whoever wants to protect himself is at the same time sabotaging his own search for a partner, he concludes.