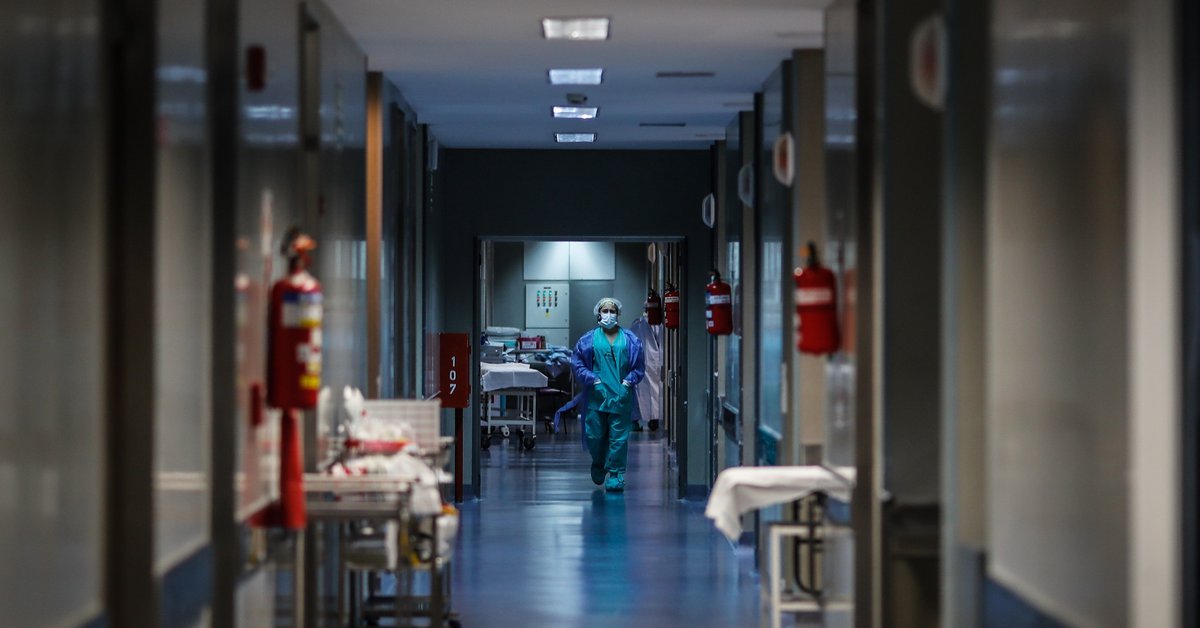 The Ministry of Health of the Nation reported this Tuesday, November 30 that, In the last 24 hours, there were 35 deaths and 2,332 new coronavirus infections: the highest number since September 16, when 2,493 were confirmed. Thus, the total number of cases since the beginning of the pandemic rose to 5,330,748, while deaths were 116,589.

On the other hand, from yesterday to today 48,969 tests were carried out, with a positivity rate of 4.78%. Since the beginning of the outbreak, 26,222,843 diagnostic tests for this disease have been carried out. To date, 19,458 active positive cases have been registered throughout the country and 5,193,691 recovered.

Of the total deaths reported today, 16 are men and 19 are women. According to the report, the provinces that registered the most deaths were Buenos Aires (11) and Tucumán (12).

According to the epidemiological part, for now in Argentina there are 617 people with coronavirus admitted to intensive care. In this sense, the percentage of bed occupancy at the national level is 35.5% and in the Metropolitan Area of ​​Buenos Aires (AMBA) it is 40.5%.

Following the appearance of the new Omicron variant, discovered in South Africa and which aroused concern around the world, the Government is working hard to deepen the vaccination campaign and possible health responses to an eventual increase in the number of coronavirus cases from March 2022. In this context, the Minister of Health, Carla Vizzotti, remarked today that, in Argentina, 80% of people over 18 years of age already have their complete inoculation scheme.

“The current situation shows it again: vaccination is the best tool to sustain what we achieve“Wrote the head of the health portfolio this morning on his Twitter account. According to the latest updated data from Public Vaccination MonitorUntil today, 84,734,025 doses were distributed throughout the country, of which 68,134,307 were applied. Of this total, 36,598,131 people were inoculated at least once and 29,649,023 have the complete immunization scheme.

In turn, 1,427,698 people received an additional dose and another 459,455, a booster dose.. In the case of the first, it is applied 21 days after the second dose and is intended for immunocompromised people over three years of age, regardless of the scheme they have received, and those over 50 who received Sinopharm. The booster, on the other hand, Vizzotti explained, is given at least six months after having completed the primary two-dose schedule. These immunizations are being applied, for the moment, “to health personnel older than 60 years.”

Looking ahead to the summer season 2022, the Government of the province of Buenos Aires decided to expand to one hundred percent the authorized capacity of people to attend massive outdoor events, although he clarified that they must have complete vaccination schedules to be able to witness these shows.

This was determined in joint resolution No. 444-MJGM-2021 by the Chief of the Cabinet of Ministers and the Ministry of Health, published in the Official Gazette. There, in the first article, it is indicated that “the authorized capacity of people to attend mass events of more than a thousand people in outdoor spaces will be expanded to one hundred percent.”

In the second article, however, it is clarified that “concurrent people over eighteen years of age, both as assistants and workers, must have completed the vaccination scheme against COVID-19, with a minimum notice of fourteen days before of the event”. They should also use the mask obligatorily, which can only be removed to consume food or beverages. According to the resolution, the tickets must be purchased in advance, digitally or by phone and, at the entrance, the temperature will be controlled.

In accordance with the regulations, the capacity will be 50% for events of more than a thousand people in closed spaces, as long as the correct cross ventilation of the place is ensured. There must also be health posts with alcohol gel and sanitary elements, as well as information regarding respect for biosafety measures and the protocol to follow while staying within the event.

“The organizers will be in charge of the correct disinfection of high contact surfaces and the assignment of personnel who can verify that the protocols for entering the establishment, the bathrooms and other common spaces are being met,” says the resolution.

The Government does not expect the impact of the third wave in the short term, but is concerned about the lack of information on the Ómicron strain
How are new variants of the coronavirus formed?
Omicron Variant: The Questions Scientists Still Can’t Answer