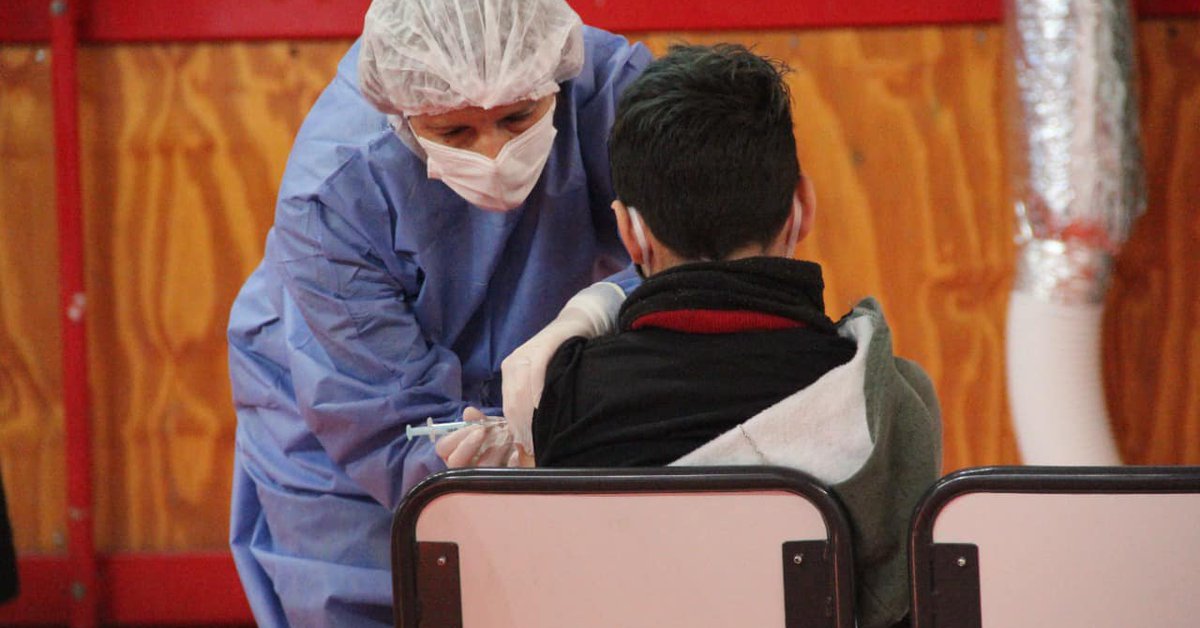 The Ministry of Health of the Nation reported this Saturday that, In the last 24 hours, 14 deaths and 1,095 new coronavirus infections were registered. Thus, the total accumulated cases in the country since the beginning of the pandemic amounted to 5,314,702, while deaths were 116,374.

On the other hand, from yesterday to today 31,871 tests were carried out, with a positivity rate of 3.44%. Since the beginning of the outbreak, 25,886,510 diagnostic tests for this disease have been carried out. To date, 18,274 active positive cases have been registered throughout the country and 5,180,054 recovered.

In addition, a deceased person in the province of Jujuy was registered without sex data.

According to the epidemiological part, At the moment in Argentina there are 572 people with coronavirus hospitalized in intensive care. In this sense, the percentage of bed occupancy at the national level is 35,9% and in the Metropolitan Area of ​​Buenos Aires (AMBA) of the 40,1%.

On the other hand, the latest updated data from the Public Vaccination Monitor indicate that up to this morning 81,780,560 doses were distributed throughout the country, of which 65,665,103 were applied. Of that total, 36,062,027 people were inoculated at least once and 28,399,684 have the complete immunization schedule.

At the same time, 1,043,268 people received an additional dose and another 160,124, a booster dose. In the case of the first, it is applied 21 days after the second dose and is intended for immunocompromised people over three years of age, regardless of the scheme they have received, and those over 50 who received Sinopharm.

Meanwhile, “the reinforcement is given at least six months after having completed the primary two-dose scheme,” explained the Minister of Health, Carla Vizzotti. These immunizations they are being applied, for the moment, “to health personnel over 60 years old.”

In an interview with Radio With You, the head of the health portfolio also called to complete the vaccination schedules. “Until all countries vaccinate their population, (the virus) is going to continue to be a threat and there may be a new strain”He said, and insisted: “If the population does not adhere to vaccination or is not extended to all possible age groups, the number of cases will increase.”

Vizzotti analyzed the vaccination campaign in the country: “We are at 80 percent coverage with one dose and 70 with two doses.”He pointed out, while highlighting that among people at “more risk and over 50” the percentage of immunized rises to “almost 90%.”

However, the official expressed her concern because “There is a plateau in the advance of the second doses” between the population of 18 and 39 years. “They went to give the first and do not attend the second”, said.

Regarding infections, he said that although the number of cases “of COVID-19 has stabilized, there is a “rising trend”. However, it differentiated the current situation in Argentina from what is happening in Germany, where the fourth wave of coronavirus does not give truce.

In that sense, he considered that “Germany has the pandemic of the unvaccinated” and remarked that there are countries in Europe where vaccination is not contemplated for “under 18 and much less under twelve.” For this reason, he called for completing the schemes, in addition to maintaining care, “especially in closed spaces.”

How the Pfizer Vaccine Was Effective and Safe in Boys 5 to 12 Years Old
More flexibilities: the Government enabled three airports and new safe corridors in Santa Fe and Neuquén
More than 8 million people in the country did not receive the second dose of their COVID-19 vaccine
They manage to identify secondary infections in patients with COVID-19 in a few hours