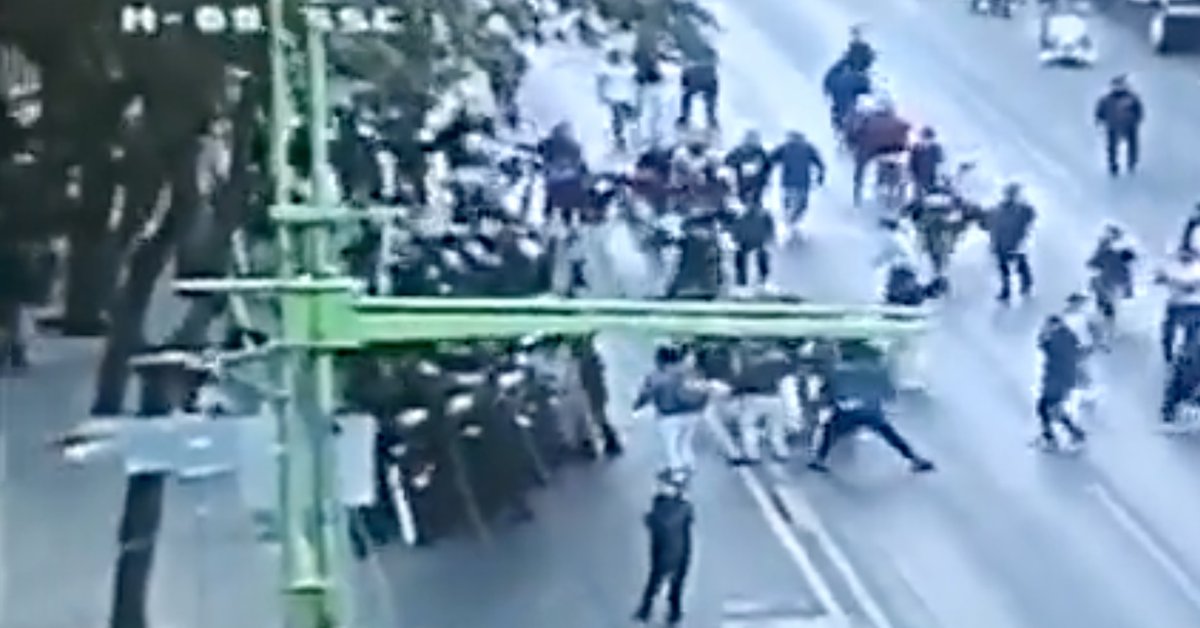 During the afternoon of this Friday, November 19, elements of the Secretariat of Citizen Security of Mexico City (SSC CDMX) carried out part of the operation to disperse street vendors near the Historic Center.

Around 17:00 pm, in central Mexico time, the annoyance on the part of those affected caused that discussions will begin between the police force and merchants, who violently attacked the security elements.

Chambers of the Technological Video Surveillance System of the city, known as C5, captured everything that happened on the street of Central axis Lázaro Cárdenas, where several civilians are observed to attack by throwing stones, sticks and a few with a closed fist and kicking.